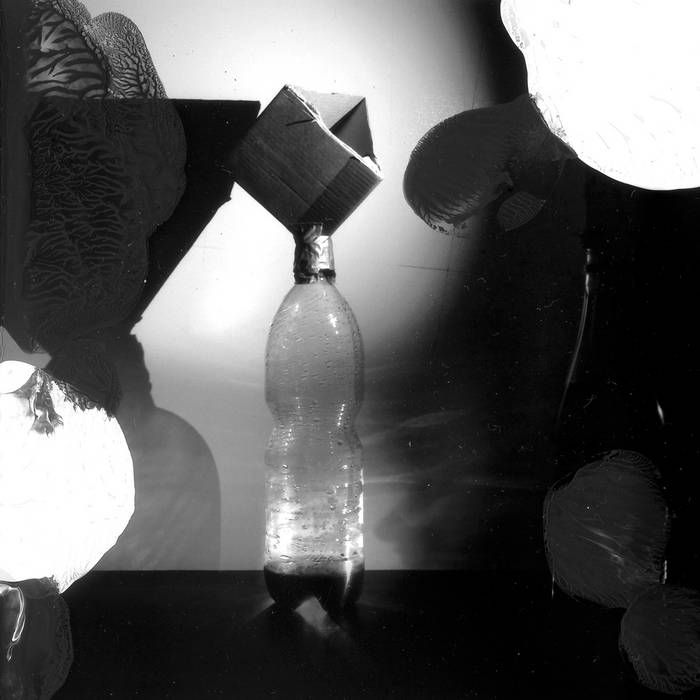 Marc Richter's Black to Comm project has always been more or less singular in its scope, seeking no less than than the outer reaches of deep drone meditation. Calling on Renate Nikolaus and Ulf Schutte to contribute electronics, bells, percussion, violins, water and more on top of his own monolithic organ play, Richter has crafted a monster with this lone 35-minute piece. Just make sure submersion is an attractive state before descending.

With the sudden emergence of a new drone dialect in underground music, Richter brings a classical sense to his concoctions, drawing on the likes of Steve Reich's organ works, La Monte Young's extended sense of time, Hermann Nitsch's sound world and Charlemagne Palestine's power far more than psychedelic babble steeped in rounded edges. His is a focused maelstrom, less concerned with dips into the nether regions of his mind than in sharp trajectories directly towards the sun. Starting with a microcosm of a drone, the piece largely develops itself as an extended crescendo, continuously moving steadily forward into ever deeper waters.

This sort of constant upheaval in a piece has a way of falling short, but Richter is wiser than a lot of his cohorts, instead focusing on an internal build rather than one extending out from itself. The bulk of the work is enshrouded in the subtle organ play, which reads as singular in any given moment but whose constant flux is clear over the course of the work. Within that cloud Nikolaus and Schutte are constantly building, laying down increasinly kinetic details that clatter, murmur and spew there way out of the organ flow like larvae out of a heated pool. Nothing ever takes hold though, the chatter instead serving to divert attention away from the bold organ drone which, somehow, ingrains a kind of festering bother in the listener whose creepiness is far more internal and personal than overt drawings upon darkness.

Half way through the work breaks up entirely, the tickling metallics fumbling forward until, at last, the work explodes under its own weight. A thick smoke, sharp atop the smooth drone, ricochets across while warbling electronics distort themselves into dreams haunted by wolves and ghosts and ivy. By the time it all comes to a fore it has buried itself so deep that any semblance of self is surrounded, blown apart by the sheer quantity of sound. This, it seems, is why they recommend it be played loudly.

This sort of slow development does more than its share of demolition, but it also reveals a fully realized vision and a musician whose focus and sonic sense are at once contributing to and one step removed from so much of the drone music coming out now. This is not music to take drugs to so much as it is music as drug, an intoxicating and immersive experience akin to the very MC5 song it is named after. Not in sound perhaps, but certainly in attitude and scope.